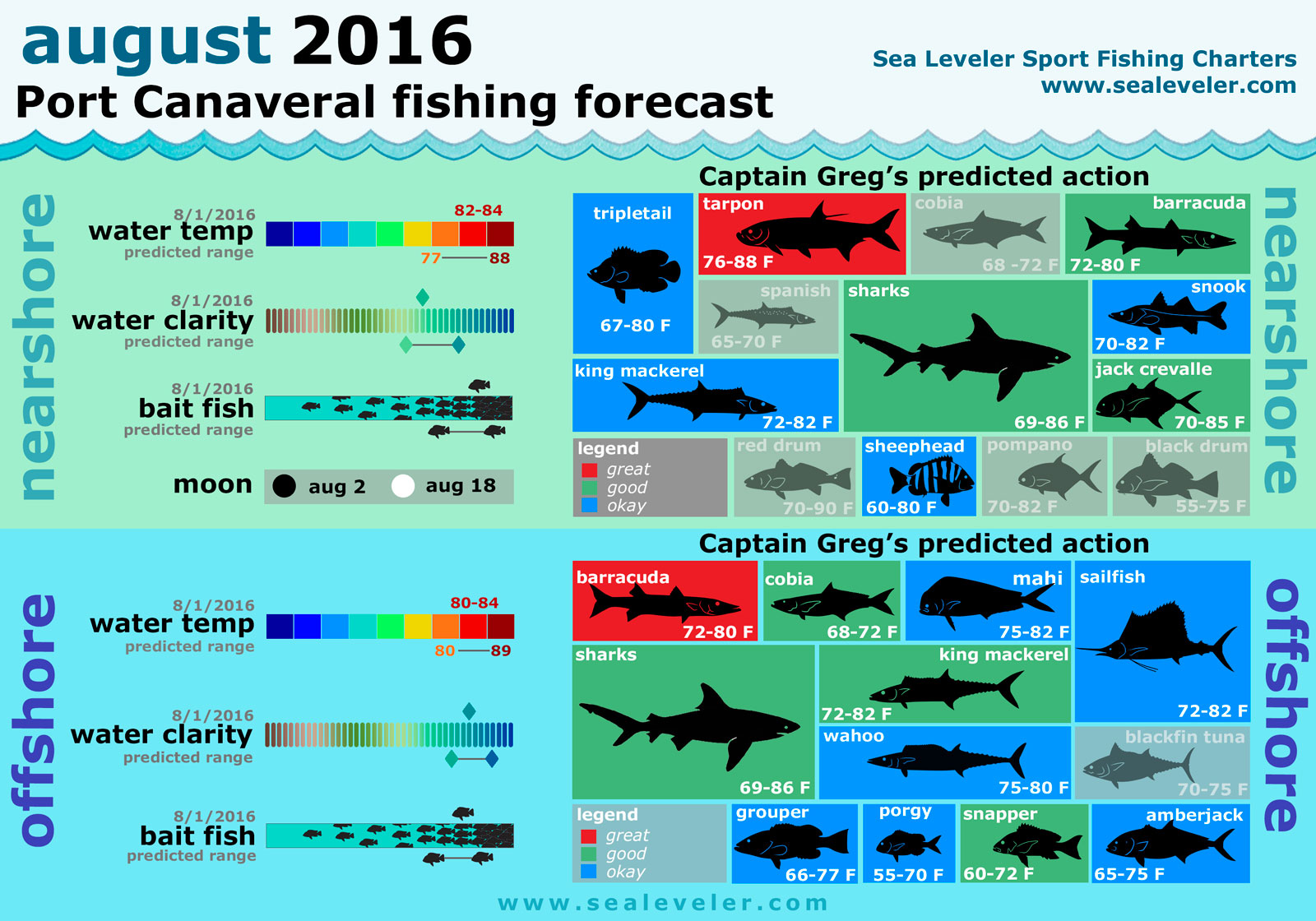 It was lit up like 4th of July all month long! Wow, I can’t remember having a better July!

Offshore fishing was great! We had great action and good variety – king mackerel and amberjack action almost every day. We also had several cobia, black fin tuna, sail fish, and wahoo in the mix. Bottom fishing was shut down for the most part, but we did catch a few nice mangroves and mutton snapper on very shallow structure before the thermo cline conditions.

Near shore shark fishing was great. Not that we tried it at all, but, the tarpon are here and reports are good. Unfortunately not many kings or cobia, but the offshore has been so good we have not put much effort in near shore.

Fishing should remain solid for the first part of the month for sharks and tarpon, but historically starts to get a little slow by the end of the month. Snook fishing should be decent around the docks but honestly August is a difficult month near shore in my opinion, but that being said it seems very lively right now.

August is a month that you need to be very versatile in order to have success. The fishing is really good right now and with any luck it will extend well into August. Live bait trolling will be everyone’s best chance at success. King mackerel will continue to dominate, but be ready for them to not cooperate on any given day.

This is how I think August 2016 is going to work. The live bait trolling is going to be great for the first week or 2 and we will continue to get the occasional wahoo, cobia, sailfish, dolphin fish and black fin tuna while targeting the kings. Sight fishing cobia on random packs of manta rays between 60ft  & 100ft in the afternoon should also have some success these first couple weeks. Somewhere around the middle to the end of the month, the bottom fishing will start to produce some nice amberjack, red snapper, and the occasional grouper along with some stringer fish such as sea bass, porgy, and trigger fish. You will be able to tell the bottom fishing is good when you drop and don’t instantly get a sharpnose shark. The sharpnose indicate the change, cold dirty water on the bottom equals sharpnose sharks and when they go away you will find success on the bottom again. In 2013 we had similar conditions and by the end of the month we were seeing some decent dolphin fish catches. For those willing to roll the dice I think you just might find some dolphin fish right now sneaking by between 60ft and 90ft of water. They will be in small packs and scattered out but this is just a gut feeling.