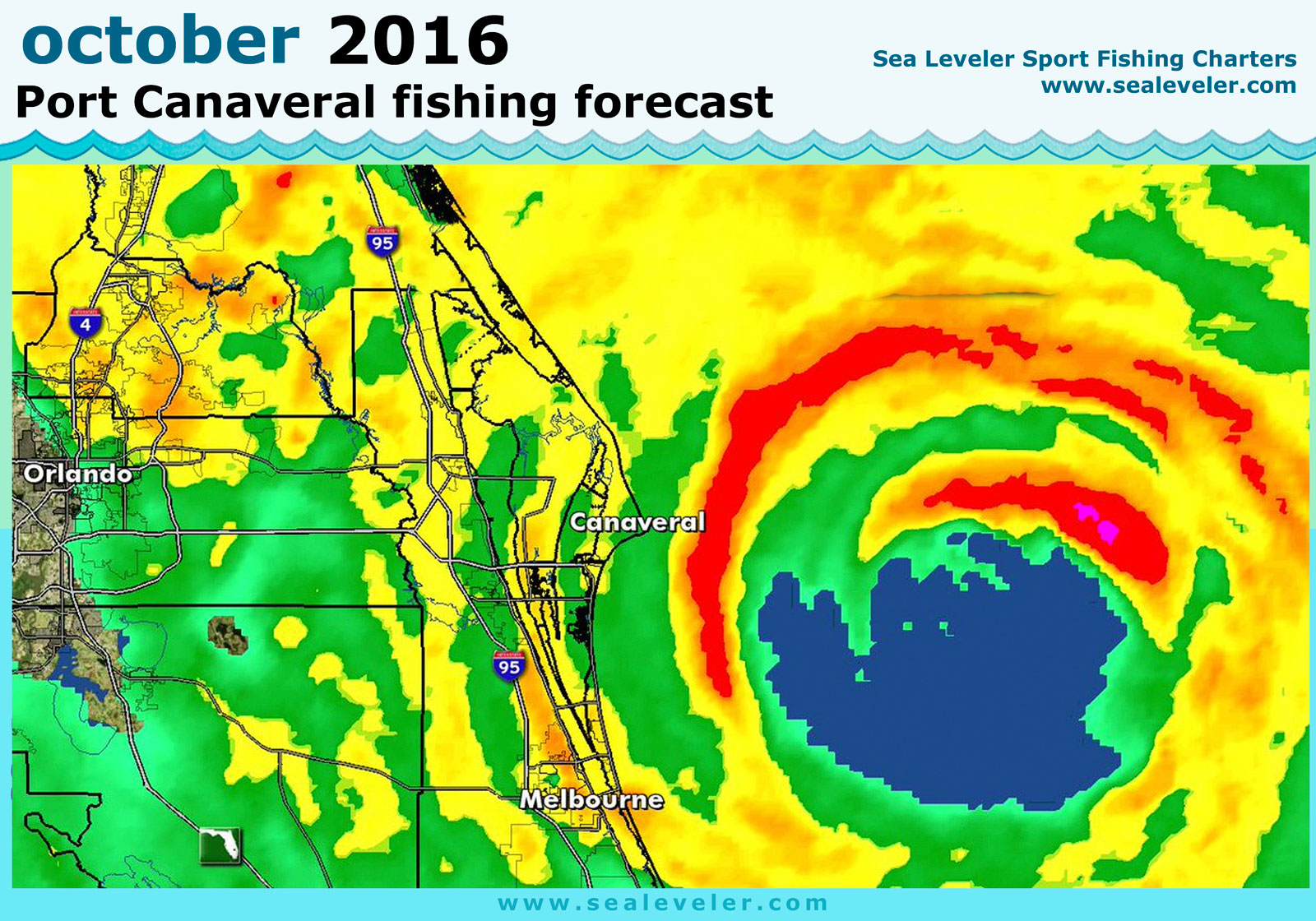 I had a wonderful vacation with my family in September through the first week of October.  We went up the coast through Georgia, South Carolina, North Carolina, Virginia, and Maryland.  We ventured further north to Pennsylvania and then headed back south through the mountains.  We came through Virginia and North Carolina Mountains.  We stayed in an awesome cabin with barely any reception and no internet service.  I did have enough reception, however, to see Matthew’s storm track predicting a direct hit to Cape Canaveral.  We abruptly ended our vacation and drove straight home to secure the Sea Leveler boats and my house.  I want to give special thanks to my Captains (Stan, Steve, Joey, and Garren) for getting the boats situated while I zoomed home.  The Sea Leveler, Sea-Sons, Sea’s the Day, and Tightwork were all taken out of the water sitting on land between the boat storage buildings at Sunrise Marina.  The Julie (which will become the new Sea Leveler) was taken out at Scorpion Marina. I prayed for the boat storage buildings to stand and for the storm surge not to be high enough to float the boats. I got my house boarded up and then the waiting game started.

The hurricane hit Cape Canaveral in the early morning hours on October 7th, 2016. Thankfully, the eye stayed offshore and when the hurricane passed Cape Canaveral, it was low tide.  Winds were clocked at over 100 mph at the Cape.  I watched a live cam of someone at the Grills and could see that the damage was minimal, aside from the docks being taken out by 2 boats that were not properly evacuated, broke lose, and floated freely through the Port.  The buildings held and the storm surge didn’t rise enough to do much damage in the Port.  We were lucky that we did not get any damage to our boats.  And my house was unscathed except some fallen tree branches and a lot of debris.

Now, I look at a forecast of 5 to 7 ft seas for the foreseeable future.  I am not making a fishing report, because, to be honest, I do not know what to expect after this massive storm.

So, come back next month and I hope to have a better report!